Does the power recovery increase the number of battery cycles?

The motor that powers new energy vehicles is almost exactly the same as a generator in terms of component structure and line connection. If you change the direction of rotation of the rotor, the motor can be transformed into a generator.

In order to reduce energy waste, engineers added a converter to the power system of the new energy vehicle. When the vehicle is coasting or braking, the converter will start on its own. The motor changes the direction of rotation and transforms it into a generator, which uses a part of the forward power to drive the generator to generate electricity, which is stored in the power battery. This is the braking energy recovery of new energy vehicles, also called kinetic energy recovery or power recovery.

The trigger scenario for kinetic energy recovery is vehicle braking and coasting. In daily use of a car, the time that the vehicle is under braking and coasting is very short, and the number of times is not very much. For example, when a vehicle goes from a speed of 100 kilometers per hour to a stop, the braking distance is generally only more than 40 meters, which is nothing more than a few seconds. What’s more, the kinetic energy recovery will only be triggered when the brake pedal is half-depressed or the accelerator pedal is released to coast. Moreover, when the kinetic energy recovery system is working, the efficiency is not very high, and the recovered power generally does not exceed 20kWh, which is the lowest level of fast charging.

Is the number of cycles of a battery related to electricity itself? 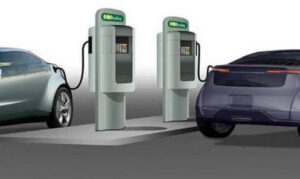 In addition, the timing of charging is also very important. Generally, it is recommended to use shallow charge and shallow discharge for the battery. In case of over discharge or overcharge, the battery life will be greatly affected. Generally, the battery should be maintained from 25% to 75%, and it is not necessary to wait until the battery is completely discharged before charging.

Can the battery be used if it is swollen? Will it explode?

The deformation of the battery cell is not sudden, it is often a process. The battery enters the high-voltage charging zone when it is charged to about 80% of its capacity. At this time, oxygen is first precipitated in the positive electrode, and the oxygen passes through the holes in the separator to reach the negative electrode. Perform oxygen resurrection reaction on the negative plate: 2Pb+02=2PbO+H2O+Q, PbO+H2SO4=PbSO4+H2O+Q, generates heat during the reaction. When the charging capacity reaches 90%, the rate of oxygen generation increases, and the negative electrode begins to generate hydrogen. The increase of a large amount of gas is that the internal pressure of the battery exceeds the valve opening pressure, escapes, and finally manifests as water loss.

As the number of battery cycles increases, the moisture decreases gradually, resulting in the following conditions in the battery:

A group (3) deforms at the same time, and the voltage is checked first. If the voltage is basically normal. The single cell voltage should also be measured to determine whether there is a short circuit. If there is no short circuit, it means that the deformation is caused by “thermal runaway” caused by overcharging. It is important to check the charging parameters of the charger. If the voltage is higher than V without overcharge protection or the trickle conversion current is too low, the charger must be replaced.

Can the battery deformed bulge still be used?

The battery can continue to be used if there is less deformation, but it should be noted that the charging time should not exceed 8 hours. The bulging of the battery indicates that the battery is short of liquid. You should add 5-10ml of replenisher and then charge it again. The needle tube sucks out the excess free acid, which can make the battery no longer bulge.

There are two possibilities for the bulging shape of the battery. One is due to long-term overcharging, which causes the battery grid to deform and the active material to expand. The other is that the battery exhaust port is blocked and overcharged, the gas in the battery cannot be discharged and the internal height of the battery is increased. This situation is very dangerous and could lead to an explosion.