How much do you know about temperature shock?

The engineering development stage can be used to find product design and process defects, product finalization or design identification and mass production stage can be used to verify the adaptability of the product to the temperature impact environment, to provide a basis for design finalization and mass production acceptance decisions; When applied as environmental stress screening, the aim is to eliminate early failures of the product.

— Under certain transportation and storage conditions

The effect of temperature shock 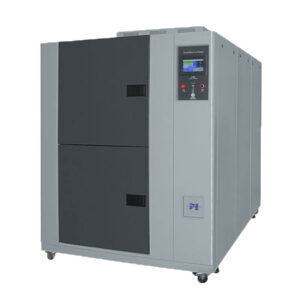 The product is suitable for the safety performance test of electronic components to provide reliability test, product screening test, etc. At the same time, through this equipment test, the reliability of the product can be improved and the quality control of the product. High and low temperature impact test chamber is aviation, automobile, home appliances, research in areas such as the necessary test equipment, test and determine the electrician, electronics, automotive electronics, materials and other products, in the high and low temperature test the temperature of the environment impact parameter and the performance after the change, use flexibility, suitable for schools, factories, military industry, research, etc.

What is the temperature cycle?

The temperature cycle is to expose the test sample to a set of alternating high and low temperature test environment. In order to avoid the impact of temperature shock, the temperature change rate during the test must be less than 20℃/ min. At the same time, in order to achieve the effect of creep and fatigue damage, it is recommended that the test temperature cycle be 25℃ ~ 100℃, or the cycle test of 0℃ ~ 100℃ can be used according to the purpose of the product, and the exposure time is 15 minutes each. 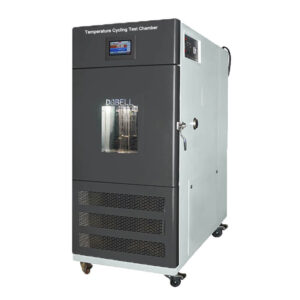 In order to investigate the resistance and adaptability of the test sample when suddenly subjected to drastic changes in temperature. This experiment generally uses a rapid temperature change chamber or a temperature cycle chamber.

The principle of temperature cycling