Taking the square battery commonly used in electric vehicles as an example, due to the structural design, the diffusion speed of heat generated in each part of the battery is different, so there will be an obvious temperature gradient in the plane direction and thickness direction of the battery. Especially in case of high current, the heat generated in the battery, especially in the middle of the cell, cannot be well diffused, Therefore, the temperature inside the cell will rise sharply, resulting in safety problems. 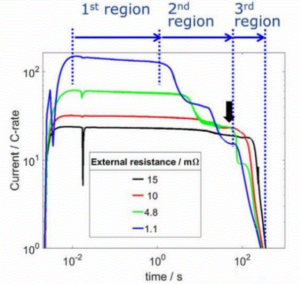